It’s hard to believe 2012 will mark the 22nd year in business for Studio Seven/Lunacy Records.  What a ride it has been!  Thanks to everyone throughout the years for all the help in keeping the music alive.

2011 was quite a year for Lunacy….lots of projects and lots of music.  Some of the highlights go like this. 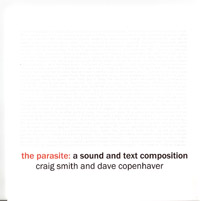 After a very well received performance at OK MOZART 2011 of “The Parasite” by Craig Smith and Dave Copenhaver, the project continues to pick up momentum.  Smith and Copenhaver have been invited to stage the live performance once again at the Burchfield Penny Art Center in Buffalo, New York in March of 2012.  The multi-media performance in addition to the music, lights, film, and slides will expand to include several New York based musicians.  Members of the “Voors” a well known New York art/rock ensemble will accompany Smith and Copenhaver for the performance.  Released on CD and 180gm vinyl. “ The Parasite, a sound and text composition” is available on Lunacy Records. 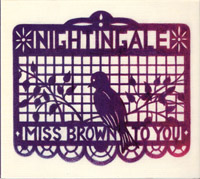 Miss Brown To You – Nightingale

Miss Brown to You – “Nightingale” is now available on Lunacy.  Featuring the stellar musicianship of Mary Reynolds and Louise Goldberg along with Armondo Rivera on percussion, Nightingale is an absolute joyful listening experience.  Combining their jazz and folk influences, Mary and Louise have crafted 10 tracks that flow as 1.  Tracks like Gypsy’s Jewel and Catch the Wind showcase the acoustic folk side of things while Besame Mucho and Piel Canela with the masterful percussion of Armondo Rivera have a legit Latin feel that Jobin would be proud of.

Classical guitarist, Roy Gonzales, has released a solo recording entitled “Mi Soledad” on Triple Tower Records.  Roy is mostly known for being lead vocalist in the classic rock band “Those Guys”, but here he has taken the solo route and gone back to his roots playing classical guitar.  The CD features several standards along with four original compositions. 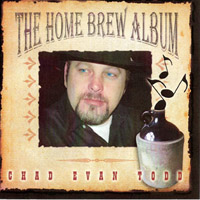 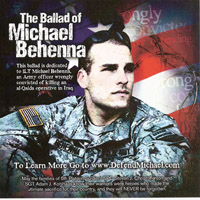 Speaking of Chad Todd he has donated his song writing talents to a great cause and written “The Ballad of Michael Behenna”.  For those of you that are unaware of Michael’s story, he is the young Army Lt. from Edmond, Oklahoma that has been sentenced to Leavenworth Prison for allegedly killing an Al-Quida operative.  This is obviously heavy stuff and a heavy song.  Working with Chad in the studio were Tony Gorley-lead guitar; Ukie Hart-bass; Rod Frizzel-drums; James Slaw-acoustic guitar; Terry Scarberry-mandolin; and Rick Toops-keys and vocals.  All proceeds from the sale of this CD will go to the defense fund for Michael Behenna.  To learn more go to www.defendmichael.com .  The Ballad of Michael Behenna by Chad Evan Todd Band available on Lunacy Records. 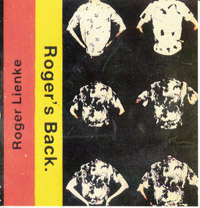 Oklahoma music legend Roger Lienke has been utilizing Lunacy Records’ mastering capabilities to clean up a couple of projects from his vast catalog.  First up was “Roger’s Back”.  This is a song cycle dating from 1985, a bare bones recording of piano and vocals with very sparce overdubbing.  This is a collection of 15 killer songs written for a group of concerts staged at “The Newport” in OKC.  This project is a testament that a quality song has no shelf life.  These songs sound as fresh as if they were written yesterday.  Roger’s Back by Roger Lienke is a limited release on Blue Chip Records.  Do what you can to get this recording.  It is music that deserves to be heard. 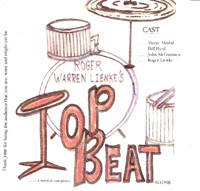 In 1998 Roger staged “Top Beat” at the Tin Roof Theater in OKC.  Part musical, part concept, part musical conspiracy this live recording showcases the talents of the cast members Margie Shadid, Bill Byrd, John McGuinness, and Roger Lienke.  Sometimes for whatever reasons some of the most creative projects and talents fly under the radar without getting the recognition they deserve.  “Roger’s Back” and “Top Beat” both fall in this category.  Who knows, if I keep twisting Roger’s arm enough 2012 will bring new music by Mr. Lienke. 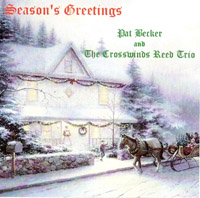 Pat Becker and “The Crosswinds Reed Trio” were in Studio Seven recently recording songs for a new holiday release.  Featuring Pat Becker-vocals; Earl Hefly-clarinet, flute; Gerald Warlick-oboe; Lori Wooden-bassoon; and Mark Hayes-piano with arrangements by Hefly/Hayes, this project is a beautiful take on some holiday classics in a chamber setting.  Pat Becker and the Crosswinds Reed Trio “Season’s Greetings” – great music for any season. 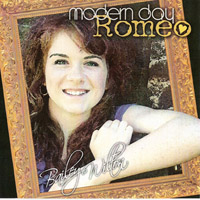 Kansas singer/songwriter Bailey Wilton will be hitting the 2012 circuit with her new Lunacy recording “Modern Day Romeo”.  For her second CD Bailey has recorded four of her new originals along with several well known standards.  Her songs “Young and Foolish” and “Modern Day Romeo” have been getting quite a  bit of radio play throughout the Midwest and she has also been featured on RFD-TV recently.  Working with Bailey in the studio were Terry Scarberry, Curt Shoemaker, Dennis Borycki, Cope, Mike McGraw, Jake Simpson and Stephanie Short.  Bailey Wilton – a great young talent well on her way. 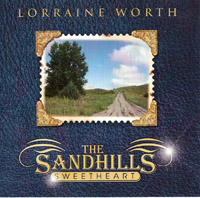 Lorraine Worth – The Sandhills Sweetheart

“The Sandhills Sweetheart” – Lorraine Worth will be releasing her third CD this Spring.  This time out Lorraine has chosen a great batch of songs that range from well known classic country to country torch songs.  Featured prominently through the album is Kansas and Iowa Music Hall of Famer Curt Shoemaker on steel guitar with the usual crew of Scarberry, Short, Borycki, and Cope along with Burgess and Simpson on fiddle. 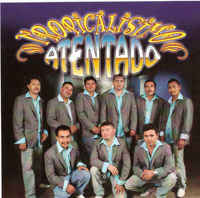 Atentado have their second Spanish language release out on Lunacy Records, “Tropicalisimo”.  Band leader/keyboardist Avrelio Rodas has put together a fine collection of songs this time.  Cumbias, ballads, tex/mex – this is party music from start to finish.  These guys are road warriors.  They have recently been traveling from Texas to the East Coast.  Be on the lookout for their Tropicalisimo by Atentado on Lunacy Records. 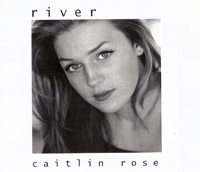 Vocalist Caitlin Rose was in recording a killer version of the old Joni Mitchell song “River”.  Accompanying Caitlin on guitar was Larry Kent.  Larry is back in the OKC area after spending many years in Branson.  This guy has the goods – great player.  Caitlin is very active in the Oklahoma theater scene and has had starring parts in several productions.  New York is probably next!

The Rodeo Opry recorded its annual Christmas CD at Studio Seven in October.  This year the CD featured Bryan White, Maddox Ross, Matt Johns, The Earharts, and others.  Also worth mentioning The Rodeo Opry is now televised twice weekly on Cox Cable channel KSBI 52.  This is Oklahoma’s only locally produced live music show.  The show features a great house band and lots of Oklahoma talent.  Check it out on KSBI 52 on Cox Cable.  www.rodeoopry.com.

Jazz harpist Jessica Tate recorded her second CD at Lunacy Records.  Jessica delivers a very mixed set that ranges from jazz standards to Celtic/Irish to originals on her harp and vocals.  She is currently performing at various venues around the OKC area.  Very interesting music and a very personable performer. 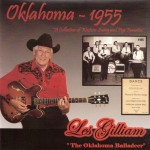 Our friend  Les Gilliam tracked his tribute CD “The Oklahoma Music Hall of Fame” earlier this year at Studio Seven.  Les brought together songs from artists who have all been inducted into the OMHOF.  Songs from Wanda Jackson, Vince Gill, Hank Thompson among others were covered along with an original by Les which is only fitting as Mr. Gilliam was inducted himself into the Oklahoma Music Hall of Fame in 2010.  Congrats again Les!

Thanks again to everyone for their help and support in keeping the music alive at Studio Seven/Lunacy Records.