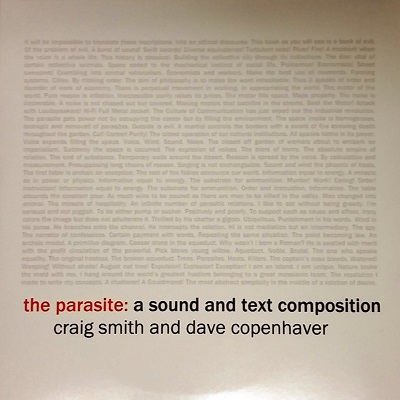 All songs by Craig Smith and Dave Copenhaver. Published by Lunasong Music 2011

Except Track 9 by T.Monk/C.Williams/B.Hanighen/C.Smith Published by Thelonious Music Corp/Lunasong Music 2011.

All lyrics adapted from The Paraiste by Michael Serres 1980. Translated by Lawrence R. Schehr, University of Minnesota Press 2007.