Steel guitarist, Curt Shoemaker tracked his Lunacy Records debut at Studio Seven in January. With the help of Terry Scarberry, guitar, Steve Short, drums, and Dennis Borycki, keyboards, Curt has fashioned a well rounded release. The CD also features Nelson Bundrick on bagpipes on one cut. Bagpipes and steel – you don’t hear that one too often!!! 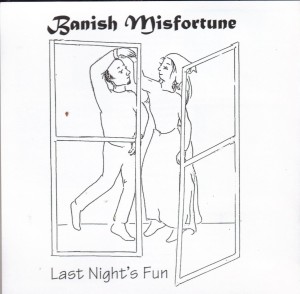 Banish Misfortune will have their new CD out for St. Patrick’s Day. The group features Susan Pierce, vocals, flute; Miranda Arana, flute; Steve Vanlandingham, guitar and strings of all sorts; Dana Morrow, piano and Phil Reid, guitar, and fiddle. If you are a fan of Celtic music be sure to try and catch the group live and/or pick up their new CD. You won’t be disappointed.

Legendary singer Jeff Fenholt has been back in the studio working on a new project. Jeff’s list of credits are too long to mention. The new material is really roots-rock oriented. Helping Jeff on the project are the usual crew (Scarbery, Short and Borycki along with Byron Berline).

Albert Aguilar’s project is moving right along. This is a good one. Great songs – great performances!!!

Amoeba Archives of Los Angeles utilized Studio Seven’s mastering capabilities recently transferring some analog tape to the digital domain. This was quite a project involving some very historical live performances of the Byrds, Gene Clark, Gram Parsons and Clarence White along with many others. Can you imagine hearing the demo of “8 Miles High” with different lyrics or Gram Parson’s piano demos. GREAT STUFF!!