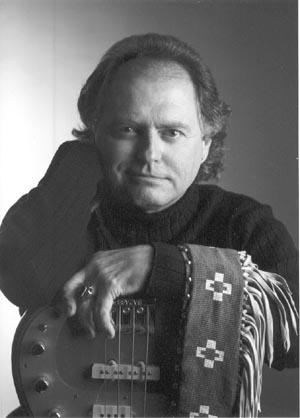 Studio Seven/Lunacy Records was founded in October of 1990. Ron James and Gary Garbacz, along with producer/studio manager, Dave Copenhaver, had one objective in mind and that was capturing the sound of Oklahoma. As the ever changing music business has had its ups and downs, Studio Seven and Lunacy Records continues to grow.

Studio Seven has developed the reputation as the “comfortable” recording studio. A place where artists can work at their craft in a relaxed atmosphere that is very conducive to a creative process. Along with being the home of Lunacy Records, Studio Seven has worked with many other record labels such as Warner Brothers, MCA, Giant, A & M, and J.S.P. to name a few. Some of the more well known artists who have recorded at Studio Seven are: Hinder, The Flaming Lips, Toby Keith, The Gap Band, the Nixons, Jeff Fenholt, Pinetop Perkins, Reba McEntire, Pake McEntire, Les Gilliam, and Curt Shoemaker to name a few. But Studio Seven is not a place for the “Rich and Famous.” Its doors are open to anyone with a musical dream.

Lunacy Records continues the uphill battle of being an independent record company based in Oklahoma, but as the music industry changes and with the advent of digital downloads and the Internet, geography seems to mean less and the catalog continues to grow. Just a few of the artists featured on Lunacy releases are saxophone legend, Morris McCraven, The Boys of the Fort, Jack Hughes, Jennifer Easley, Jim Barnes, blues rockers The Snakeshakers, country singers/songwriters Joe Merrick and Greg Mainus; jazz guitarist virtuoso Benny Garcia and legendary blues pianist Pinetop Perkins.

One of Lunacy’s proudest moments came when it’s Native American jazz act Thon-gya! Release “This is What They Say” was nominated for a NAMA (Native American Music Award) in the Best Jazz/Blues Recording.