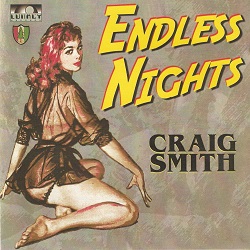 In between tours of England and China, Craig Smith managed to make it to Lunacy to nail down a four song EP along with a couple of more projects to be released in 2016.  The EP “Endless Nights” is ROCKIN!  Craig, along with the Lunacy Crew, has fashioned a sound that brings to mind Bowie or Bryon Ferry, but with Oklahoma grit.  Creative lyrics and big grooves.  The lead off song “Lenny”, a tribute to Lenny Bruce, features a very strong hook and guitar work from the Okie native now residing in Florida, John Mayeux. Craig is currently teaching at Florida University in Gainsville, Florida, but also traveling the world with his various art projects.  It’s going to be interesting to see where this one ends up. 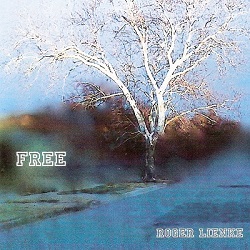 Singer-Songwriter, Roger Lienke has been extremely busy over the past few months releasing 4 albums with one being a double CD.  The flood gates for this run of creativity seemed to open up in late 2013 in the sessions for “Free”.  This CD is comprised of 10 originals, a great version of Dylan’s “Lay Down Your Weary Tune”, and the folk standard “Greenfields”.  Roger’s musical gift is immense, but when he proposed the next project, “Alive Music”, musical theater songs performed with acoustic guitar and vocal, I was a bit perplexed.  In the end, Roger’s versions of music from “West Side Story”, the “Music Man”, “The Sound of Music”, and others seemed more accessible than the orchestral versions.  Killer takes on “All the World’s a Stage” and “Somewhere”, but the take of “Rock Island” from “The Sound of Music” is really something.

Roger kept the acoustic tuned up and embarked on the 14 song “Dragonfly” CD.  Dragonfly showcases some of his best originals to date.  Songs like “Intimacy”, “Eleven Roses”, and “Forever Blue” are classics.  Also included in Dragonfly is Roger’s visit to mid-period Beatles with takes on “It’s Only Love”.  My favorite of Roger’s covers is his version of “Chimes of Freedom” by Dylan.  This is an exceptional performance that captures the raw emotion of the song.  Bob would like this one!

Next came the double CD “This May be Heaven”.  Nineteen songs of pure “Roger Lienke”.  Great songs and lots of vocal harmonies.  “Destined to Win”, “Different This Time”, and “If the Filly Wins” are standouts.

Roger Lienke has been a fixture on the Oklahoma music scene for several decades and has contributed an enormous amount to the culture.  A true artist with one hell of a catalog. You can find each of the albums mentioned here on our catalog page. 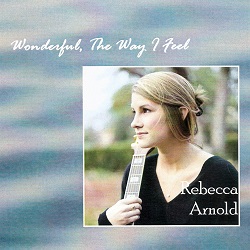 Rebecca Arnold-Wonderful, The Way I Feel

Singer  Rebecca Arnold has released “Wonderful the Way I Feel”.  A 12 song set featuring the Lunacy crew.  A mixture of pop, country and even a Beatles song.  Big vocals and cool arrangements.  Rebecca is well on her way! 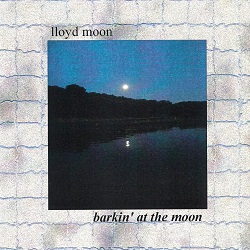 Lloyd Moon-barkin at the moon

Lloyd Moon’s gift of lyric is well, on display on his latest release “Barking at the Moon”.  Lloyd’s day gig as an English literature professor has served him well.  The imagery in his songs is very vivid.  Barkin at the Moon is a collection of 17 of his best.  “There’s Something”, “Custer’s Children”, and “Gold in the Mine” are great examples of his storytelling ability.  Acoustic music at it’s best. 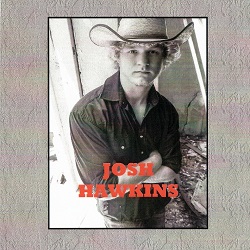 Singer songwriter, Josh Hawkins, from Collinsville, OK has a 3 song release on Lunacy and is out barnstorming in the Midwest.  The video on his song “8 Seconds to Win It” is garning lots of play on YouTube and the video of “Oklahoma Winds” is doing even better.  Josh is a young guy with lots of talent and lots of songs and is destined to make a mark in the music biz. Click on Josh’s picture to watch his music videos! 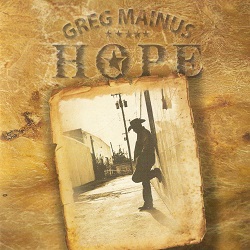 The long awaited Greg Mainus CD, “Hope” has been released.  Hope is somewhat of a concept CD, songs of life, love, and relationships.  Greg’s massive vocal takes center stage, but the instruments power of the Lunacy crew is on fine display here.  Terry Scarberry on guitar and Dennis Borycki on keys turn in some of their best and hottest solos to date and the rhythm team of Short and Cope are keeping the groove fat and wide.  “You Could’ve  Been the One” and “You’re Already Gone”, have all the angst of a good country song,  but songs like “Hope” and “Amazing” deliver a very positive message to balance the project.  Greg’s song “Sing Her Back Home” is without a doubt a classic waiting to be found.  Greg is creating quite a stir on Reverb Nation.  Check him out there. You can also click on Greg’s album art to buy his album on iTunes, watch his two music videos and stream his music on Spotify.

Curt Shoemaker is becoming a fixture on Sirius-XM radio.  His entire catalog of 6 CDs has been picked up and is in regular rotation in the easy listening category.  If you are a fan of steel guitar Curt is your man.  Over the last few years Curt has amassed an incredible catalog and is currently enjoying the national and international recognition he deserves.  Cut’s latest release “Wonderful Tonight” is on target to be his best seller yet.  Sirius-XM is currently featuring his original “Amaris (You are Loved)” along with his version of Clapton’s “Wonderful Tonight”. 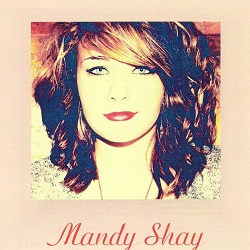 South Dakota singer-songwriter, Mandy Shay visited OKC and tracked a 3 song EP.  All 3 songs “Come with Me”, Love Wasn’t Enough”, and “You’re my Addiction” have all done extremely well on Reverb Nation and “You’re my Addiction” reached #1 on the “The Iceman” Internet radio program.  On the strength of all that, she will be performing at Fan Fest in Nashville in 2015.  Mandy has the vocal goods and is right in the middle of the country/pop style with a great future. Click on Mandy’s album art to watch her music videos. 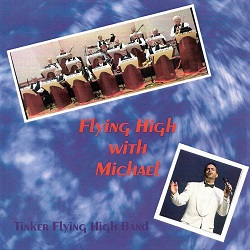 Lunacy recently hosted the “Tinker Flying High Big Band”.  The 19 piece ensemble featuring vocalist Michael Wylder cut 21 tracks, under the direction of Rich Rasmussen.  The group has been together for almost 20 years with many of the same players, so you can imagine the vast repertoire these guys have.  The CD features many big band favorites such as “The Lady’s a Tramp”, “Moon River” and many more.  If big band music is you’re thing, check out “The Flying High Band”. 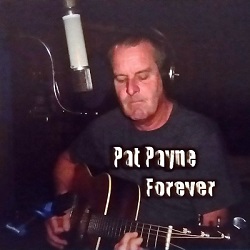 Pat Payne is as real as the red dirt he walks on at his Chickasha farm.  Every note he sings, every lyric he writes comes straight from the heart.  Pat has been a member of the Lunacy family for many years and I think his latest sessions are among his best.  This is classic Pat Payne – one guitar, one voice, real takes, live in the moment.  Anyone that has seen Pat perform live will know when he is in the moment.  He is 100% true music in the vein of Willie, Waylon and Woody! 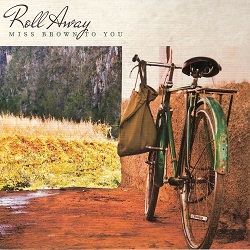 Miss Brown To You-Roll Away

MISS BROWN TO YOU

“Miss Brown to You” have their second release out on Lunacy Records.  “Roll Away” is an instant classic guaranteed to touch your heart no matter what your musical preference may be.  There is something about the honesty in the singing and playing that let’s you know immediately that you are listening to something very special.  Miss Brown to You is Louise Goldbert on piano, accordion, melodic, guitar, washboard, and vocals.  Mary Catherine Reynolds on guitar, bass, and vocals.  They have been playing together over 15 years and this CD is a culmination of that commitment.  Some of the songs are classic singer-songwriter tunes that bring to mind Carol King or James Taylor while a couple of other could have come from the Great American Songbook, but they are originals.  If you are a fan of great songs this is one for you.  Just be ready for many repeated listening. 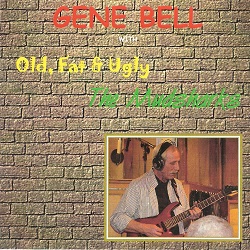 2014/2015 has not been kind to the Oklahoma music scene and the Lunacy family.  Dear friend and brother, Gene Bell, my go to guitar player and deeply gifted.

Larry Judd Pierce also passed away.  Both Gene and Judd have extensive recording histories here at Lunacy and have deep catalogs of music.  Some of the favorites are Gene Bell and the Mud Sharks.  Killin blues featuring Danny White on vocals and harp.  Judd leaves two posthumous released “Turning Phrases” and “Trust and Reward”.  Music that needs to be heard.  R.I.P BROTHERS 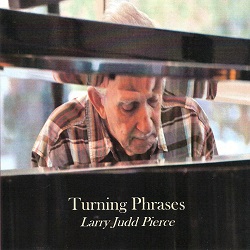 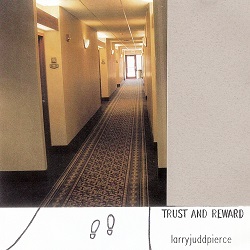