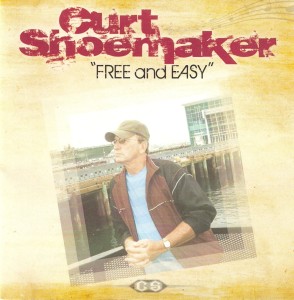 Curt Shoemaker has released his fifth CD on Lunacy Records titled “Free and Easy”.  Curt continues to expand the scope of his music.  This time out, he has included several pop songs while still maintaining his country roots.  The CD kicks off with “Free and Easy”, homage to Curt’s friend and mentor steel legend Tom Brumley.  Followed by fine cuts of” It’s so Nice to Be with You” and “Key Largo”.  Curt turns in an outstanding arrangement and performance on “Unchained Melody”.  To quote Martina McBride, who wrote liner notes for the CD, “If you love steel guitar, then this is the CD for you.”  Helping Curt on the CD is the Lunacy Records crew of Terry Scarberry, Ryan Jones, Steve Short and Dave Copenhaver. 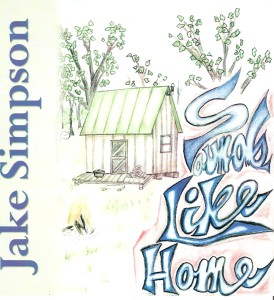 Jake Simpson has released “Sounds Like Home.”  For those not familiar with Jake – heads up!  He is an extremely gifted young multi-instrumentalist.  The CD featuring his standout fiddle and guitar playing along with his mandolin and vocals is a mix of traditional bluegrass and cow jazz along with a couple of instrumentals that I still can’t figure out what genre they belong too.  Fiddle/mandolin virtuoso Byron Berlin is featured on three tracks.  The stuff these two do together is magic, turn the heat up and get out of the way!  “One Winter’s Night” features Dustin Jones on acoustic guitar and Angelika Machnik-Jones on cello along with Jake on fiddle and it is truly a beautiful piece of music.  Another stand out piece is Jake’s original “Sounds Like Home” featuring him on guitar, fiddle and mandolin.  This one’s a show stopper! Bella Fleck would be proud of this one.  Acoustic music with an edge. 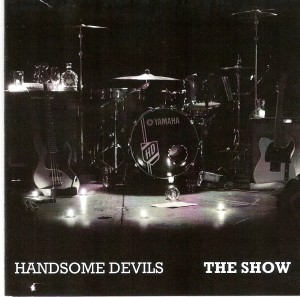 The Handsome Devils recorded their debut CD The Show at Lunacy.  Comprised of Derek Paul, guitar and vocals; Derek Carothers, bass; and Devon Carothers, drums.  The Devils bring forth a mix of folk, rock and blues to make their Americana sound.  Derek Paul’s vocal has a very warm bluesy sound that makes everything they do very listenable he is the son of long time Toby Keith band leader and bassist Chuck Goff.  He was born to this and it shows.  Keep an ear open for the Handsome Devils. 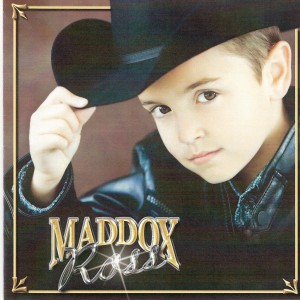 Maddox Ross – look out cause here he come!  The 9 year old dynamo has released his self-titled debut on Lunacy Records.  If you haven’t seen Maddox perform as he tours through Oklahoma, Texas and Missouri  catch one of his shows if at all possible.  The energy he brings is fun and exciting.  The CD kicks off with a big “Let’s Go” from Maddox and never let’s up.  Songs like “Little Bitty” and “Ace in the Hole” feature the outstanding Rodeo Opry Band (Scarberry-guitars, Short-drums, Jones-keys, Cope-bass, Simpson-fiddle, Barnard-steel).  These guys can do it all!!  Singing with Maddox on “Louisiana Woman, Mississippi Man” is another youngster whose career is taking off – Emily Faith.  With a combined age of 18, these two deliver the goods.  Maddox has been performing since he was 4.  It’s going to be a lot of fun to watch what happens and see where his talent takes him.

Speaking of the Rodeo Opry, if you haven’t caught the TV show yet tune to Cox 707 or 7 on KSBI each Sunday at 8:00pm.  The show is Oklahoma’s only locally produced music show and features regional talent.  Produced by Heartland Productions and taped in front of a live audience at the Rodeo Opry, the show is now in its 6th season and still gaining in popularity.  It is a true variety show.  Don’t let this one fool you.  The band and artists have been known to cover everything from Keith Urban to Michael Buble to Johnny Cash to Earth, Wind and Fire.  Every show is different.  Live Oklahoma music in Oklahoma – thanks Rodeo Opry, Heartland and KSBI.

Big G – multi-instrumentalist Garret Jacobson recently has moved to Chicago, but before he left OKC he brought in guitarist Grant Goldstein and dummer Jeremy Thomas and cut a killer organ trio jazz CD.  Most people know Big G as a great blues guitar player but he grew up playing keyboard and organ is his thing.  G brought in his C-3 and Leslie complete with pedals and tore it up.  Jeremy Thomas is currently on the road playing with Joey DeFrancesco and David Sanborn and Grant Goldstien and has moved on to New York.  As you can tell by this line up this is the real deal – swingin!  A combination of G’s originals and a few choice standards these young men have brought forth a fine jazz CD that showcases the fact that jazz is alive and well in Oklahoma. 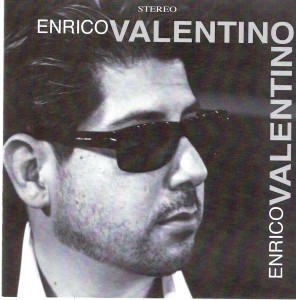 While on the subject of jazz vocalist Enrico Valentino has issued his debut CD on Lunacy Records.  Inspired by legendary icons, Frank, Dean, Engelbert,  Bobby D and Tom Jones, Enrico has his own unique ability to move the audience.  The choice of songs along with great arrangements by a great band draws you into each performance.  Executive Producer, Julia Snoddy and Enrico have brought together some of Oklaoma’s finest musicians to create production that does justice to the songs they have chosen.  Top cuts: “This Guy’s in Love with You”, “Call Me Irresponsible”, “I Want to be Around”, and “Witchcraft”.  Do it Italian style with Enrico Valentino. 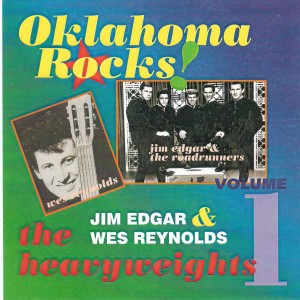 One of the more interesting projects I’ve worked on lately has been the Oklahoma Rocks series.  Music historian and record collector, Rhett Lake has released a 15 CD series collection of Oklahoma rock music dating from the fifties to the early seventies.  This is a who’s who of Oklahoma rock whether they got famous or not.  If you are at all interested in the history of Oklahoma music this is for you.  Jim Edgar, Wes Reynolds, Johny Cale, if you went to teen hops or listened to KOMA or WKY radio in the 60’s your favorite bands are here.  15 CDs an average of 28 songs per CD this is one hell of a collection of Oklahoma music when rock and roll was first beginning.  This is a limited pressing so if you’re interested contact Lunacy for availability info. 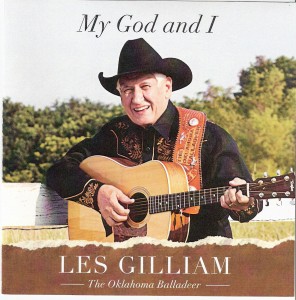 The Oklahoma Balladeer – Les Gilliam has a new gospel CD out “My God and I”.  Les has an uncanny ability to pick songs and make them his own.  When we first started working on this project some of the songs he chose I really didn’t think they were going to work, but from the moment we got into the studio it was clear Les knew exactly where we were headed.  Some of the songs like “Whispering Hope”, “My God and I” and “Where We’ll Never Grow Old” are straight out of the hymnal but the arrangements Les and The Crew came up with make them brand new songs.  Thanks again Les for letting Lunacy be part of another one of your projects.  It’s always a learning experience making music with you. 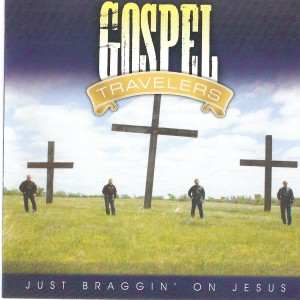 Gospel Travelers – “Just Braggin on Jesus” is the title of their new CD out on Lunacy.  The quartet made up of Roy Eaves, guitar, vocals; Jim Alexander, bass, vocals; W.O. Chapman, steel, fiddle; and Robert Newman, have been playing together a couple of years now and tour throughout Oklahoma and Texas.  The 16 song CD has lots of gospel favorites and has a great good time feel to it. 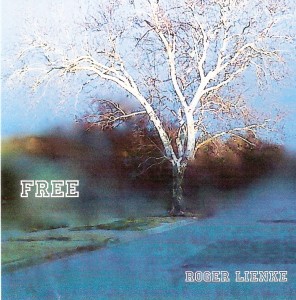 Roger Lienke – Singer/songwriter, Roger Lienke, has released new music out on Lunacy.  The CD is entitled “Free”.  Roger’s long history and vast catalog of original music is something any songwriter would be proud of.  “Free” is a striped down acoustic guitar and vocal reading of twelve songs.  Originals that  were intended to be a more produced album, but it was decided to LET NOTHING GET IN THE WAY OF THE SONG.  Standout tracks are Gone, Invisible, and Too Much Music which is a track that anyone that has been in the music business for some time will automatically relate to.  Also included with Roger’s ten originals is a great version of Dylan’s  Lay Down Your Weary Tune.  This is adult music that showcases a seasoned performer at the top of his game.  Think Dylan or Hiatt.  Thanks Roger! 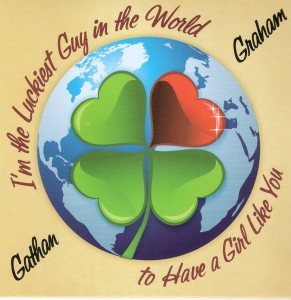 Gathan Graham – “I’m the Luckiest Guy in the World” is the new single of Gathan Graham.  The song is a bit of departure for Nathan who  is known as a concert pianist having played the White House eight times and toured the U.S. “Luckiest Guy” features a fine vocal performance by Gathan  while he is backed by the Lunacy crew of Scarb, Cope, Short and Jones.  The song itself has quite a back story and I suggest you visit www.gathangraham.com and check it out.  Very inspirational.

John Pettyjohn – Poet John Pettyjohn and Dave Copenhaver have released a compilation of some of the work they have done over the last few years.  Words and sounds.  John will be touring Italy in October 2013 showcasing the CD stories of men that have been around.

R.I.P.  BOBBA LAVELL – your body might be gone but your spirit and art lives on…miss you everyday!